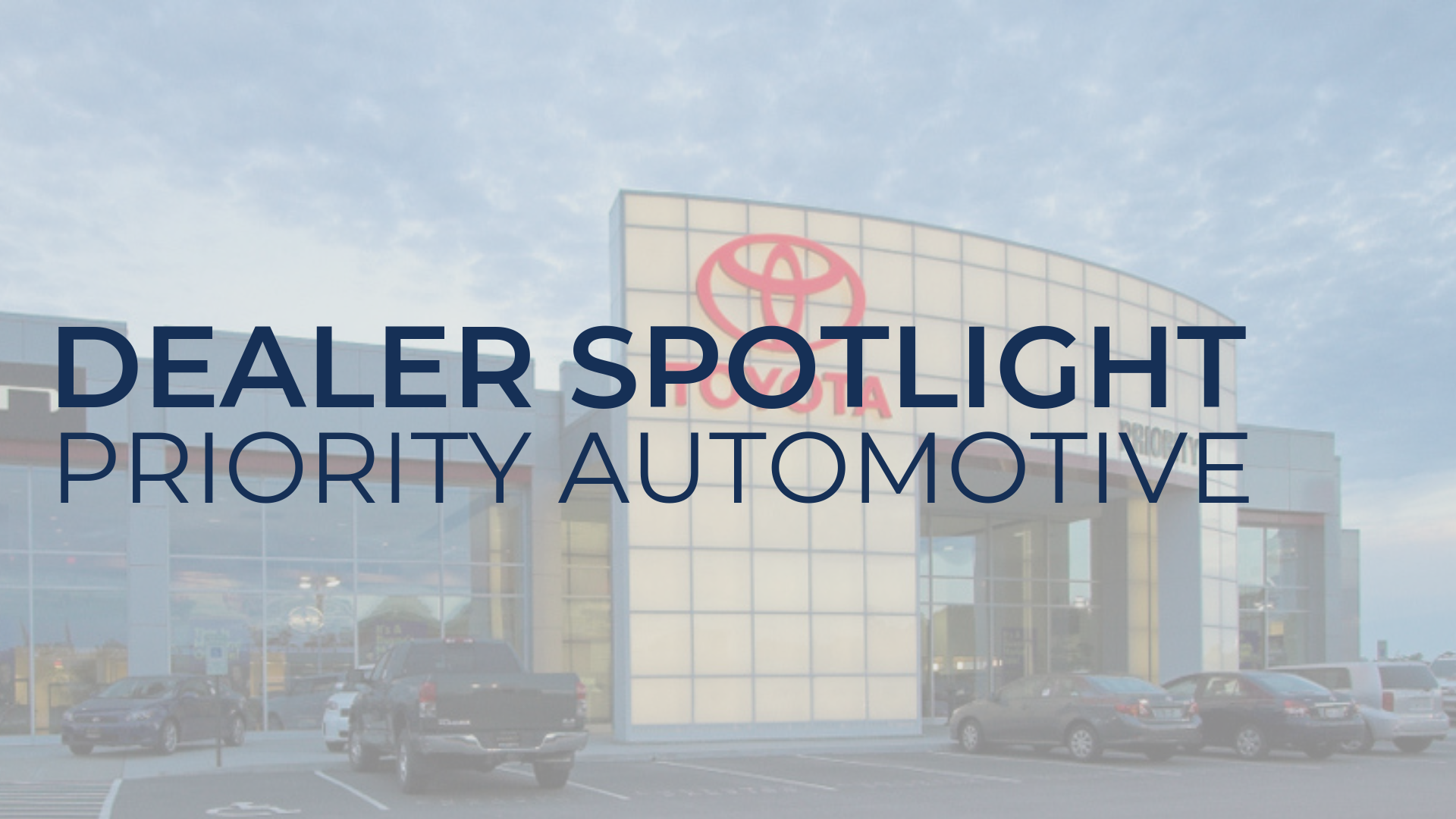 Happy 2016! Impel (formerly SpinCar) is kicking off the new year with another Dealer Spotlight, giving you insight into how industry leaders run their dealerships. This time around we were lucky enough to speak with Matthew Pennell, the Business Development Manager of a great group of dealerships: Priority Automotive. Based in Virginia, Priority Automotive was founded in 1999 when president Dennis Ellmer bought his first dealership. There are now 18 stores across Virginia under the Priority name with about 2700 employees total.

Matthew Pennell has a 13 year track record of success working in automotive in various roles including sales, finance, BDC, Used Car Manager, and New Car Manager. Pennell even spent several years working at a classic car store, RK Motors in Charlotte, NC. He started at Priority four years ago as a BDC/Sales Manager at their Honda store in Huntersville until transitioning to his current role at the corporate level. Pennell uses this in-store experience to add value on the corporate side by approaching topics and presenting data to General Managers from a sales-based perspective.

Working with 18 dealerships across ten different brands can be challenging, and it has become clear to Mr. Pennell that no single solution is necessarily ideal for every store with their different identities and customer bases. Ultimately, the General Manager at each location makes decisions for their own store, but vendors undergo a rigorous vetting process by Matthew before a General Manager is presented with a solution. That’s one reason we at Impel are proud to be in so many Priority stores: every interaction with Impel 360° WalkAround is as unique as the individual visiting the site. Priority Auto tailors all of their online processes to the brand and market that each store serves to bring the right customers to each location.

One initiative the group does use at all of their stores is the “Priorities for Life” program. Every new Priority vehicle comes with a lifetime engine guarantee, no-cost oil and filter changes, genuine manufacturer’s parts guarantee, free state inspection and free towing to a Priority store for service. All guaranteed for the life of the vehicle. These guarantees have solidified Priority’s position in their market and helped maintain their top-ranking customer retention among their brands.

Priority Automotive’s commitment to serving their community doesn’t end with the vehicles they sell. This April will be their 3rd year running the Priority Charity Bowl, an annual charity football game with local celebrities and sponsors. Priority Automotive and other sponsors take over a local college stadium with a charity flag football game, races and other games to raise money for charities including the Joy Fund, the Boys and Girls Club and the SPCA based on their individual need.

The event has taken place annually since 1967, but after a 44 year run, the charity was going to come to an end after the 2010 game. Hearing this, Priority Automotive President Dennis Ellmer decided to step in and save the game. Not only was Mr. Ellmer successful in keeping the tradition going, but he breathed new life into the event as well. In 2015 alone, the Charity Bowl raised over $200,000 for the various organizations in the community.

I really love how Impel presents on mobile. That ease of use is so important knowing about 58% of our customers are on mobile and that number is going to continue to grow. That’s one of the reasons I chose Impel.

With everything Priority does for their customers and their community across Virginia, it’s no surprise that Dennis Ellmer is representing the Virginia Automobile Dealers Association as one of the 50 nominees for the 2016 Time Dealer of the Year award. Nominees for the award are selected based on a number of sales and service criteria at the dealership like new and used car sales record, customer satisfaction, and ethics as well as the dealership’s service outside of the dealership in their community. One finalist from each of NADA’s four regions and one national finalist will be announced at the NADA Convention on April 1st in Las Vegas.

Is your dealership committed to giving back in 2016, both at the dealership and in the community?

This website uses cookies to improve your experience while you navigate through the website. Out of these, the cookies that are categorized as necessary are stored on your browser as they are essential for the working of basic functionalities of the website. We also use third-party cookies that help us analyze and understand how you use this website. These cookies will be stored in your browser only with your consent. You also have the option to opt-out of these cookies. But opting out of some of these cookies may affect your browsing experience.
Necessary Always Enabled
Necessary cookies are absolutely essential for the website to function properly. These cookies ensure basic functionalities and security features of the website, anonymously.
Functional
Functional cookies help to perform certain functionalities like sharing the content of the website on social media platforms, collect feedbacks, and other third-party features.
Performance
Performance cookies are used to understand and analyze the key performance indexes of the website which helps in delivering a better user experience for the visitors.
Analytics
Analytical cookies are used to understand how visitors interact with the website. These cookies help provide information on metrics the number of visitors, bounce rate, traffic source, etc.
Advertisement
Advertisement cookies are used to provide visitors with relevant ads and marketing campaigns. These cookies track visitors across websites and collect information to provide customized ads.
Others
Other uncategorized cookies are those that are being analyzed and have not been classified into a category as yet.
SAVE & ACCEPT